Bibliometrics is a collective term for various quantitative methods used to analyse research through its publications. These methods can be used to evaluate scholarly production and to develop and interpret citation-based indicators. Bibliometrics can also be used to visualise networks of co-authorship or subject content.

Bibliometric analysis methods can be broadly divided into descriptive analysis and evaluative analysis. Descriptive bibliometrics describes the research through visual networks, general trends and mutual relationship analyses. Evaluative bibliometrics is used to compare, for example, different research fields with each other or to investigate the impact of specific research. Within evaluation bibliometrics there are several models and indicators, such as the Norwegian model.

A major branch within descriptive bibliometrics is network analysis, i.e. drawing visual networks of areas such as collaboration patterns within specific fields of science or links between different research areas. With the help of network analysis, it is possible to visualise strong collaborative clusters within a department or discover new research areas at a faculty. 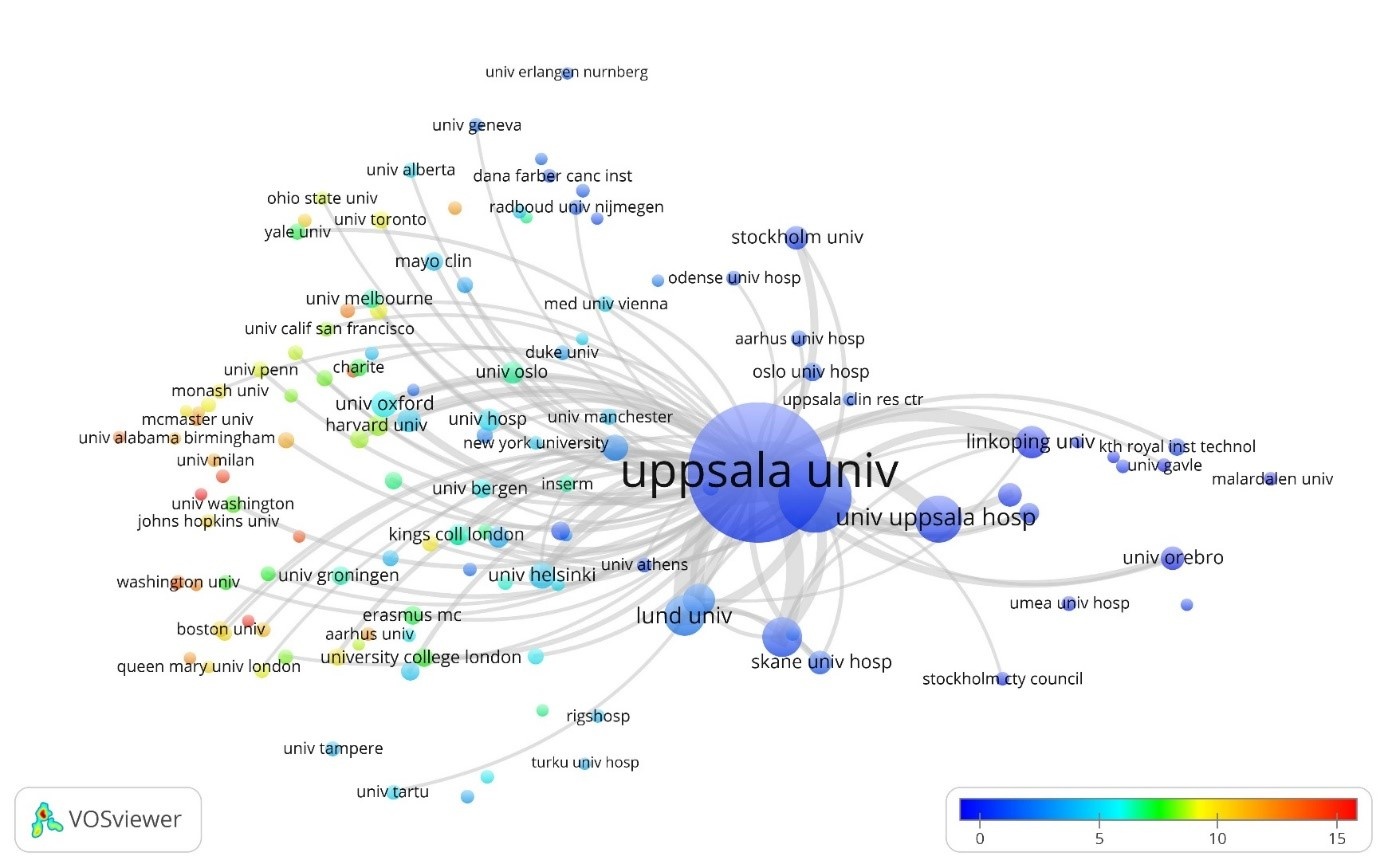 The most widely known indicator for journals is the Journal Impact Factor (IF) based on registered publications in Web of Science. There are also other journal indicators, including SCImago Journal & Country Rank and EigenFactor. All of these calculate the impact of the journals based on the use of citations from the journal.

Another way to rate publishing channels is with the Norwegian model. This model is an attempt to quantify knowledge between different subject areas without being dependent on selective citation databases. The Norwegian model classifies different types of publishing channels, journals and publishers. In Norway, subject panels annually review the channels used by Norwegian researchers, and within each subject area they give each channel a level rating of 0, 1 or 2, depending on scholarly impact and relevance. An individual publication will then be given a Norwegian level based on channel ratings and publication type for evaluation.

In 2010, the hashtag #altmetrics appeared upon the launch of altmetrics.org. Altmetrics stands for Article Level Metrics, abbreviated ALM. Sometimes the term “alternative metrics” is also used to describe the concept.

Altmetrics involves measuring the use of a specific publication in terms of clicks, downloads, blogs, comments in social media, links on Wikipedia or mentions in news. Altmetrics is fast, is easy to access and shows how research is received by society at large. The largest providers of altmetrics are Altmetric, Plum Analytics and ImpactStory.