Healing Place of the Soul

The book plate, or “Benzelius’ monogram” of Uppsala University Library was used as the cover book plate from 1710 for about a century. Since then, it has been used as the Library’s emblem or logo over the years. 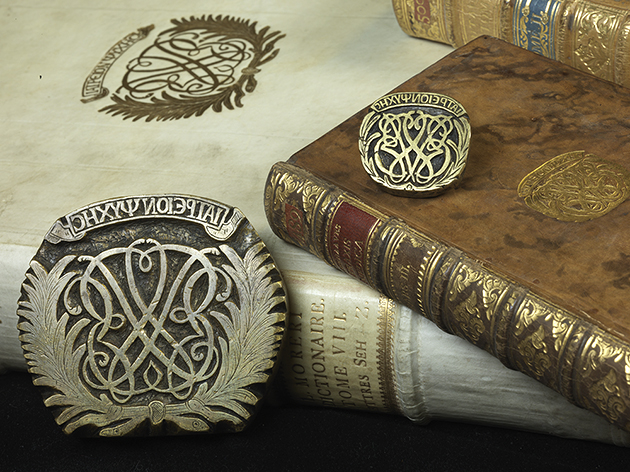 Erik Benzelius the Younger (1675–1743), who was the University Librarian 1702–1723, probably designed the original of the stamps of various sizes that were manufactured from brass by Johan Sivertz, district court judge and bookbinder in Uppsala. They were used for pressing gold onto the book covers, in some few cases for blind pressing. 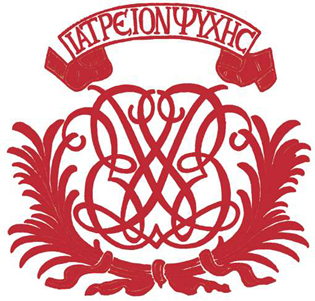 The mirror monogram has usually been read as BU, Bibliotheca Upsaliensis – properly BV, Bibliotheca Vpsaliensis – but it has also been pointed out that it could also be read EB, Eric Benzelius.

The monogram is surrounded by tied laurel twigs, a symbol for learning and victory. It is crowned by the Greek inscription IATΡEION ΨΥΧHΣ (iatreion psyches), a quote from Diodorus Siculus (56–36 BC), however with the words back-to-front. Diodorus is describing a library in the city of Thebes in Egypt that bore this description. It is usually translated as “the healing house of the soul”.